It’s unclear whether Japanese anime fantasy “Jujutsu Kaisen 0” might be a good entry point for anyone who hasn’t already watched the recent anime series or read its shonen fight manga comic source material.

This new feature-length prequel doesn’t offer much more than what the anime series already has: a satisfying, faithful, hormonal action-drama about teenage “jujutsu” martial artist sorcerers/exorcists and their pursuit (in the manga comics, at least) quest to destroy monstrous sentient curses and cursed objects.

About a year before the events depicted in the anime and manga, “Jujutsu Kaisen 0” features a standalone story about Yuta Okkotsu (voiced by Megumi Ogata in the Japanese version), a young jujutsu wizard who is haunted by the cursed spirit of his childhood sweetheart Rika (Kana Hanazawa), who died in a hit-and-run accident shortly after exchanging engagement rings and romantic vows with Yuta.

Yuta’s unique narrative might help uninitiated viewers understand the series’ appeal since he, like the series’ main protagonist Yuji Itadori, has a mysterious symbiotic relationship with a powerful and apocalyptically dangerous cursed entity. There are also a few hints and appearances of characters, objects, and events from the anime that will likely only satisfy insider fans. These well-timed callbacks can be satisfying, but they also illustrate the limited appeal of this new film.

Like the anime series, “Jujutsu Kaisen 0” feels too much like a Cliffs Notes adaptation at times, though it also features more interaction between supporting characters and the main protagonist than the original manga. There are a number of characters to follow, and they only tangentially help develop the main hero’s story. It’s no surprise, then, that Yuta barely learns to weaponize his relationship with Rika – who usually appears as a hulking, eyeless demonic specter whenever Yuta is in danger – by training with the same Jujutsu students. High who befriended Yuji in the anime series: Panda (Tomokazu Seki), Maki (Mikako Komatsu), and Toge (Koki Uchiyama). 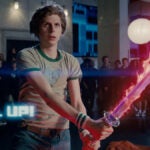 Still, “Jujutsu Kaisen 0” serves as a decent showcase for the world of “Jujutsu Kaisen,” as each new battle showcases each character’s abilities and personalities through a series of light-hearted, well-paced, and well-choreographed fights. There’s also about as much purple monster blood and overheated rant throughout these monster battles as there is in the anime.

“Jujutsu Kaisen 0” also climaxes with a grand battle of splashing monsters led by the evil wizard Suguru Geto (Takahiro Sakurai), whose Magneto-like belief in “survival of the fittest” makes him the natural antagonist of the Elusive and relatively optimistic Jujutsu High. Professor Satoru Gojo (Yuichi Nakamura).

Fans might appreciate the fight scenes in “Jujutsu Kaisen 0” for their generally well-put-together action and neat creature designs. It’s harder to know what anyone else will think of the fan-service references to, say, Panda’s “gorilla-mode” style of fighting or the Kyoto-based rivals of Tokyo’s Jujutsu High students. These references stand out as they serve as mini-sneak peeks into the rising action of a few set pieces. Still, while references to the “Jujutsu Kaisen” series don’t do much to further Yuta and Rika’s mildly sympathetic doomed romance subplot, they do speak to the series’ overall emphasis on the type of character. stories involved that only fans could truly love and/or take seriously. 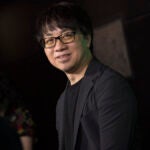 “Jujutsu Kaisen 0” might also be off-putting to viewers who aren’t used to anime’s convoluted explanatory dialogue, occasional tonal shifts, and general focus on guilt, jealousy, and petty rivalries that drive viewers. individual characters. Like the anime series, “Jujutsu Kaisen 0” often works best as a collection of dramatic gestures backed by economical and detailed dialogue, especially when the characters explain why certain curses or cursed fighting techniques are more dangerous than others.

You don’t really need to know that evil curses are like jujutsu wizards in that they are both ranked on a power scale of 1-5, with 1 being the second highest grade under “special” . Still, it’s hard to imagine being impressed when Tamamo-no-Mae incarnates, an antagonist Yuta must defeat at the end of the film (who is drawn into a sprawling melee with dozens of other sentient curses), when we are told it is one of only 16 special curses. At least that flimsy explanation works for now since Tamamo-no-Mae’s incarnation only serves as a sturdy tool that Geto uses to attack Yuta. Again: who cares what happens to Yuta, knowing that he’s not only not part of the “Jujutsu Kaisen” anime or manga, but doesn’t add much to the understanding of the viewers of the main characters of the series?

Your enjoyment of “Jujutsu Kaisen 0” probably hinges on how much you enjoy its action scenes, as fans know to expect given their presumed familiarity not only with the source manga, but also with battle-focused conventions. of its kind. The best settings of “Jujutsu Kaisen 0” – especially the team fight of Toge and Yuta, as well as the very end of the climactic group brawl with Geto and his cursed minions – not only accurately represent the anime series “Jujutsu Kaisen 0” Kaisen,” but also, perhaps, offer newbie viewers enough information to decide if they want to read more about this frothy and mostly insinuating super-teen saga.

“Jujutsu Kaisen 0” opens in US theaters on March 18.

Giavanni Wiley-Miller 28 February 2022 – 07:58 The story-driven action RPG Mandrake the official trailer is out. Independent developers Primal Game Studio have teamed up with Marvelous Europe to release the game. Although we don’t have a set date […]