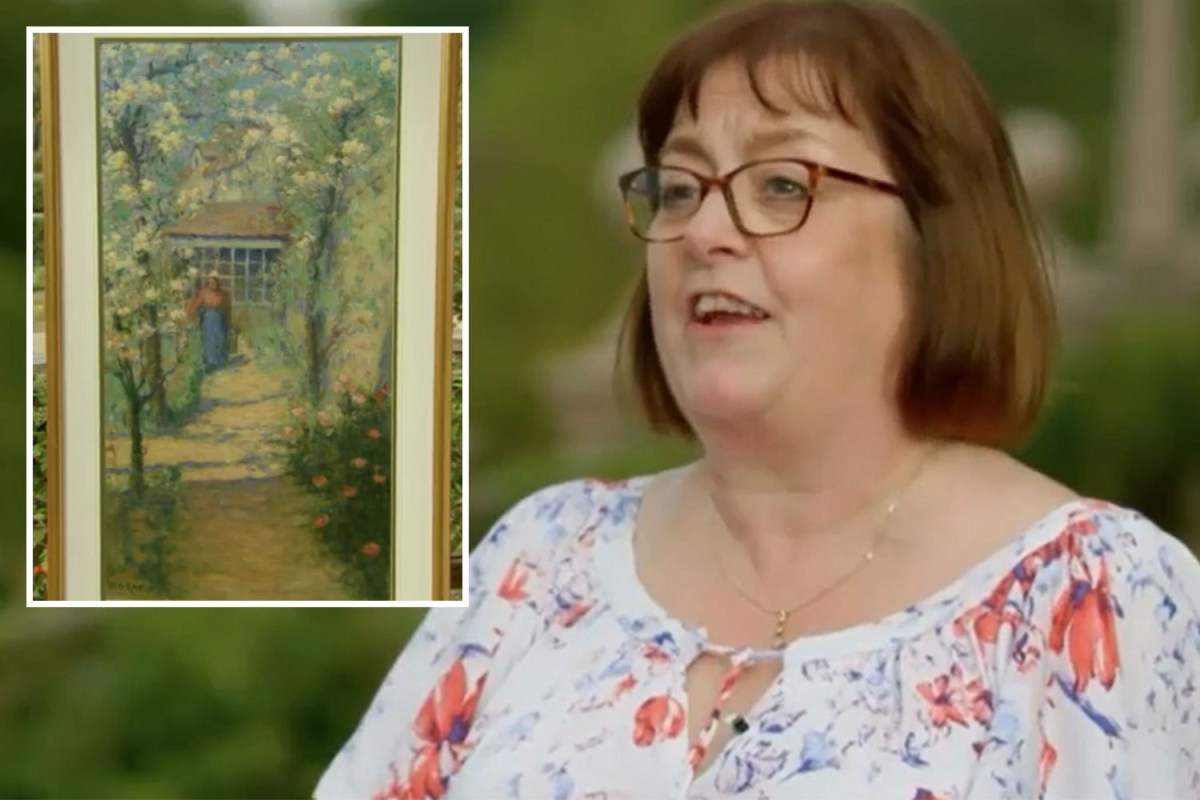 A guest at Antiques Roadshow had the final say after learning about the value of a rare painting that her husband HATE.

Sunday’s episode of the BBC show was filmed at Kenilworth Castle and expert Grant Ford met a lady who had been hiding a painting in her attic for a few years.

She explained: “The painting belonged – originally I believe – to my paternal grandparents.

“It was around 1981, my mom and dad were actually watching the Antique Roadshow at the time and someone brought a painting by an artist called Iso Rae.

“My dad was very excited and said, ‘Ooooh, we have one in the attic,’ and mum was like, I really don’t believe it.”

However, the woman’s father was right, and the family owned a work of Iso Rae.

But when Grant asked if he was now proudly suspended for the whole family to enjoy, the lady admitted, “Um, I like that… my husband hates it! I have to be honest.”

The guest went on to say that the painting looked totally different in daylight than at home.

She said: “Honestly, it’s like a different paint! At home it looks very dark and very dirty, but I think that’s why my mom tried to clean it, allegedly.

The lady was worried that her mother had damaged the artwork while trying to clean it with Vim.

Grant replied, “Obviously better not to use this kind of chemical in photos and always better to get professional advice.”

Regarding the valuation, Grant said, “I think this image is actually quite valuable.

The lady replied, “My God, that surprises me.”

The guest was shocked saying, “Oh my God, really? I thought of maybe a few hundred, if we were lucky! “

Antiques Roadshow airs Sundays on BBC One and is available on BBC iPlayer.