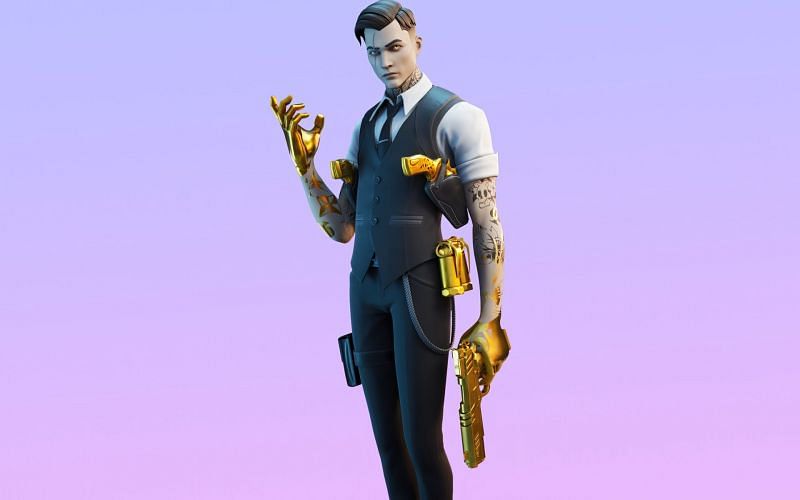 Midas is one of Fortnite’s most beloved cosmetics. The developers have released several different variations of the cosmetic, and all of them are popular in the community as well. The endless affection for Midas often begs the question of his return to the game.

The debate over Midas’ return may have reached a conclusion as a recent short animation teased the popular Fortnite character. While it’s early enough to confirm any speculation, players can expect him to return to the island soon.

This article will reveal details regarding Midas’ return to Fortnite.

The recently released short animated video shows the stealth skills of “The Burning Wolf”. The entire video demonstrates his valor and fighting skills, however, the significant point of interest is at the end of the clip.

The Burning Wolf was arriving for the central protagonist, but he only managed to get his hands on a sheet of paper with a golden handprint on it. This explicitly reveals that he was coming for Midas.

For some reason, Epic Games removed the video “The First Shadows The Burning Wolf Animated Comic” from YouTube and Twitter, so here’s a new upload for those who haven’t seen it yet / want to see it.

For some reason, Epic Games removed the video “The First Shadows The Burning Wolf Animated Comic” from YouTube and Twitter, so here’s a new upload for those who haven’t seen it yet / want to see it. https://t.co/WV6oXzZFCC

The clip doesn’t end at this point, as viewers can see the focus shift away from the Burning Wolf and reveal a workstation. Whoever sits there has golden hands with tattoos closely resembling those of Midas. There is a golden gun nearby and the file contains the ALTER logo.

It is assumed that Midas was trying to find out if Burning Wolf could take on risky work and join the First Shadows.

The preview of Midas has already excited gamers as everyone expects him to return to Fortnite soon. The excitement is more due to the fact that Epic will definitely change the cosmetic and roll out Midas in a brand new avatar.

Players are already excited about the prospect and can’t wait to get their hands on the coveted Fortnite Season 8 skin. Midas’ previous visit was marked by the character’s arrival in a summer-themed outfit.

Epic Games has taken the animated short Burning Wolf off all social media for some reason! #Fortnite

Epic Games has taken the animated short Burning Wolf off all social media for some reason! #Fortnite

No official date has been given regarding the release and players will have to wait patiently. The short animated trailer was originally released by the developers, which was removed shortly after. Whether there is a delay in returning Midas to the island will be clear in the coming days.