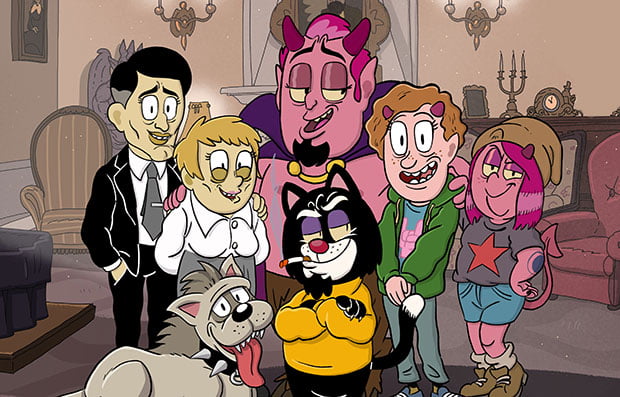 WarnerMedia-owned HBO streamer Max has given the green light to Poor Devil, their first original adult animated series from Spain.

Production has started on the 8 × 20 ‘series, which is written by creators Miguel Esteban, Joaquín Reyes and Ernesto Sevilla and co-written by Helena Pozuelo. Esteban directs.

The show, produced by Buendía Estudios, centers on Stan, an ordinary boy who also happens to be the Antichrist.

Stan will be voiced by Reyes, while Sevilla will voice their godfather, Mefisto. The cast also includes Gakian (Samael), Ignatius Farray (Satan) and Verónica Forqué (Rose).

Miguel Salvat, executive producer of HBO Max, said, “We all know people who had to make the decision to join the family business or follow in their parents’ footsteps. Poor devil, obviously takes this to the extreme and does it in a very fun way, following the rich tradition of adult entertainment from WarnerMedia. I expect a lot of people to instantly fall in love with Stan and his evil cat.

Poor Devil’s animation process will take place at Rokyn Animation Studios, based in Granada. The series is slated for release in 2022.