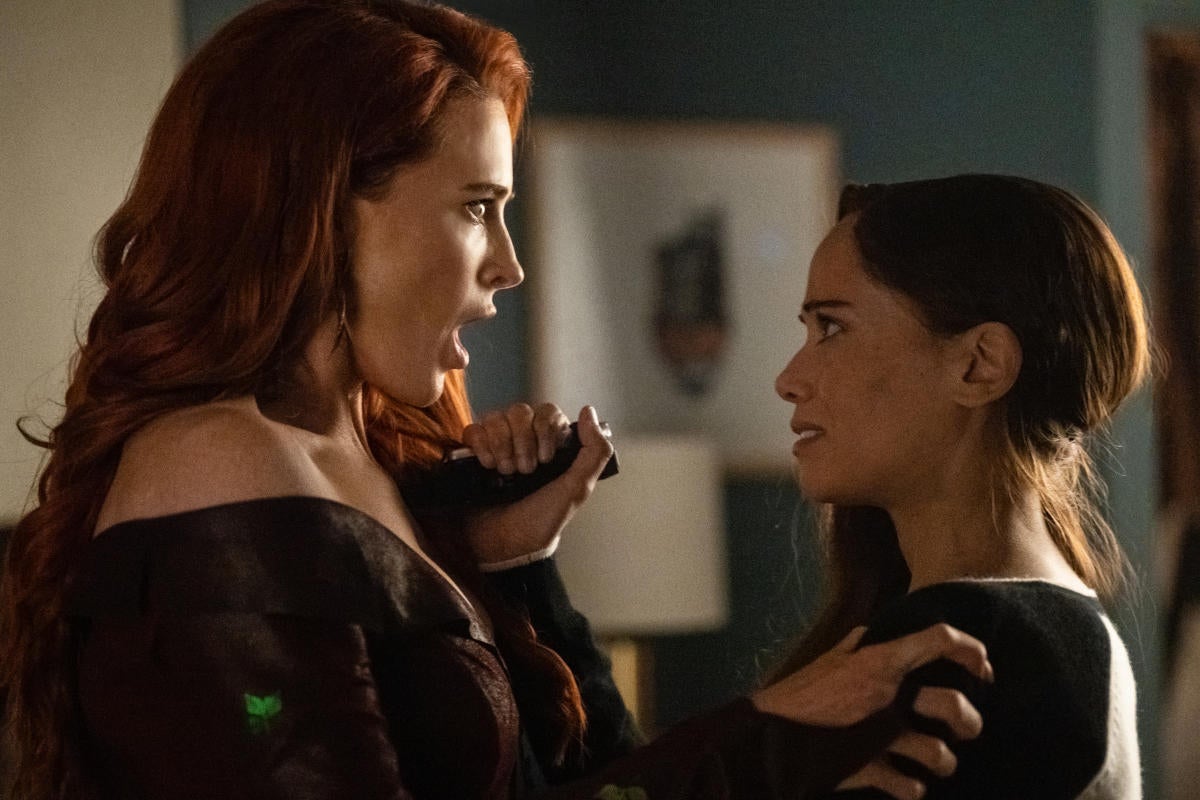 The CW has released photos for “Meet Your Maker,” the ninth episode of batmanthe third season. The episode will see the arrival of the Arrowverse’s original Poison Ivy, Pamela Isley (Bridget Regan). Finding the Pamela is key for Ryan (Javicia Leslie), Sophie (Meagan Tandy), and Luke (Camrus Johnson) as Mary Hamilton (Nicole Kang) now operates with Ivy’s powers as Poison Mary. The character has been referenced several times this season, but we’re finally going to get to see her fully in action.

“I wanted long hair, long nails, long eyelashes like she was growing up – she’s a plant,” Regan revealed to TVLine.

“I based it all on [the] the idea that plants are better than people, and that’s it,” Regan added. “I was really drawn to his mission. I was drawn to this metamorphosis that she went through – her extreme commitment to this mission, how radicalized she is, how passionate she is.

You can check out the synopsis below and read on for the photos.

batman airs Wednesdays at 9/8c on The CW. “Meet Your Maker” is set to debut on January 19.

Disclaimer! The News Motion is an automatic aggregator of all the media in the world. In each content, the hyperlink to the main source is specified. All trademarks belong to their rightful owners, all materials to their authors. If you are the content owner and do not want us to publish your materials, please contact us by email – [email protected]. Content will be deleted within 24 hours.

With a clean and attractive layout; ease of navigation; and a large database of projects related to a range of content areas, Lerner Maker Lab is a useful resource for elementary teachers and subject specialists. Lerner Maker Laboratory School level 2nd-5th grade Cost An annual subscription to this resource is $266.65 (for schools and libraries […]