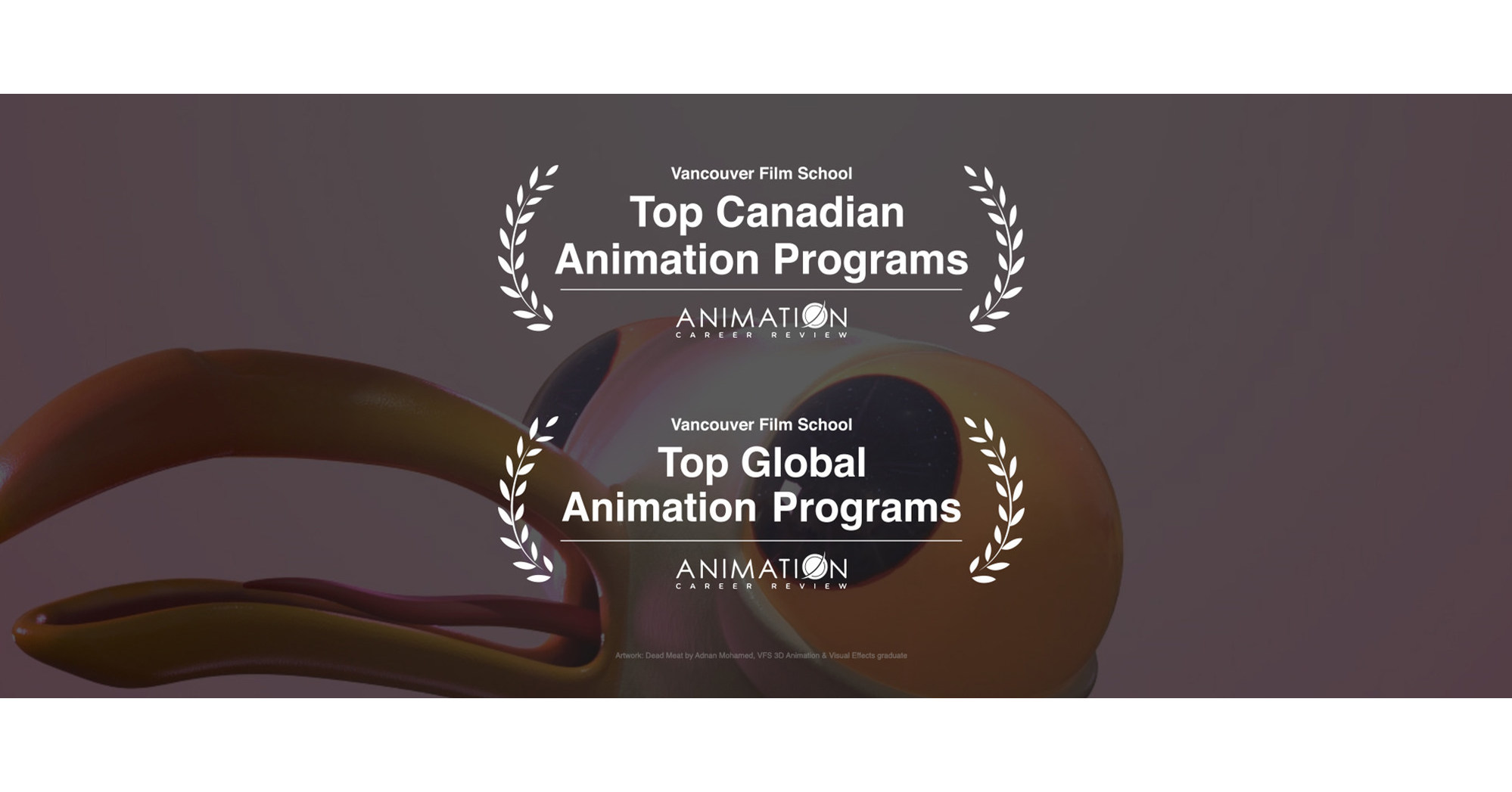 
Other schools named alongside VFS on the Canadian list include the Vancouver Institute of Media Arts, Seneca College, Algonquin College of Applied Arts and Technology, and Capilano University. Other schools on the international list include the National Film and Television School (England), The Unique Academy (Malaysia), New3dge (France), and Barcelona 3D School & Cinema. The full list of Canadian schools can be found here and international schools here.

Animation Career Review, which began publishing in 2012, began its regional and national rankings in response to the large number of animators and game designers looking for top schools around the world. Every degree-granting school is considered (with the exception of two-year community colleges), and their ultimate goal is to provide students and parents with access to the information needed to make an informed decision about post-secondary education. . The criteria for the publication consist of a variety of factors, including “academic reputation”, “depth and breadth of the program’s faculty”, “graduation rate” and “employment data. “. 195 schools were considered for the 2021 list.

“It is an honor to be once again named the best international and Canadian animation training program by Animation Career Review. Since its inception, our animation school has worked with vigor and passion to ensure that we, as an institution, are on the cutting edge of the creative industry, not only to provide the best possible education for our students. , but to continuously develop our curriculum through our own quest for knowledge. “–Colin Gilles – Head of the Animation School, VFS

About the Animation Career Exam Animation Career Review is an online resource for creatives aspiring to pursue careers in animation, game design, graphic design, digital art, and related fields. The organization launched 2011 with the goal of being the most comprehensive source of information for future animation and game design professionals.