Versatile Media Ltd. confirmed the location of its new Vancouver, Canadian film studio, which will include multiple sound stages, both traditional and LED, totaling 43,000 square feet specifically designed for live filming. The South Burnaby Cinema Complex near Marine Way will house Versatile’s first permanent virtual production LED volume in Canada, which promises to be one of the largest feature-rich LED stages in North America. Versatile will take possession of the building in December 2022.

The location will provide a traditional soundstage as well as coincident amenities including a paint and sawmill, dedicated costume areas, general offices and parking to accommodate a full production. The new building will complement full cycle virtual production pipeline service that Versatile Media has developed over the past five years.

“Filmmakers are embracing virtual production to better serve the creative process. We want to empower filmmakers and push the boundaries of what is possible with our technology,” explained Steve Read, Vice President and Head of Studio for Versatile Media Ltd, Canada. “Our ultimate goal is to accelerate and nurture great storytelling and enable film production to catch up with the huge cast changes demanded by its appetite for global content.”

This avant-garde journey began when Versatile Media Founder and CEO Leo Lee completed his first feature film as a director and began developing solutions for filmmakers to unleash the creative process from all technical restriction. The company began to invest heavily in technology that would augment the filmmaking process – at first for internal use, but now for the industry at large. 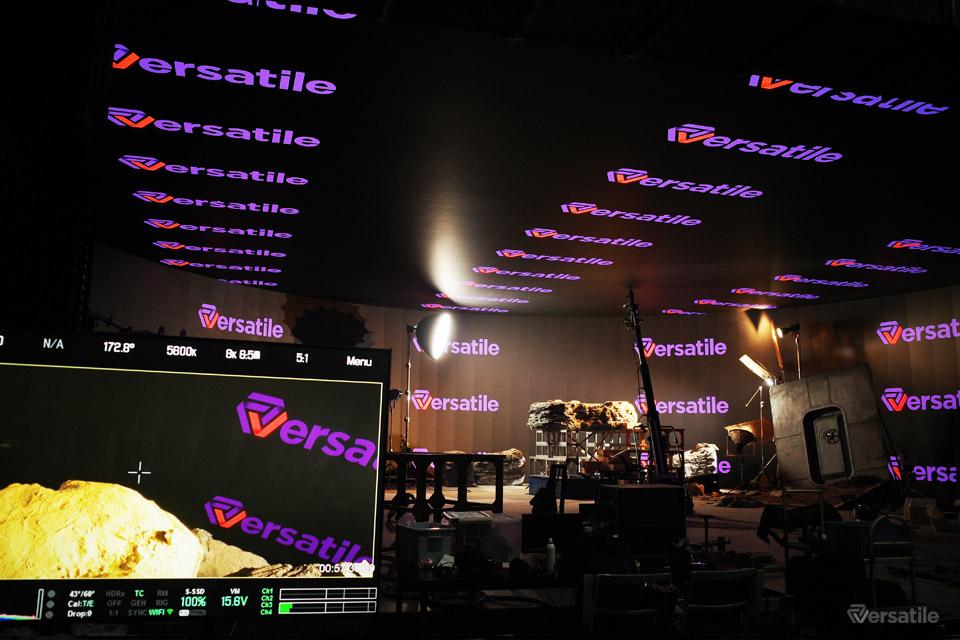 Not just another LED stage

Versatile’s Vancouver LED volume will include 12,000 LED panels creating a 270-degree cylindrical volume spanning nearly 90 feet (27.5 meters) in diameter with a flat ceiling connected at 30 feet (9 meters) and will incorporate Epic’s Unreal Engine and powered by NVIDIA GPU technology (find out more more about this collaboration on Versatile’s NAB Conference Presentations). The research and development team has worked tirelessly to completely solve the moire effect, allowing Versatile LED Panels to be filmed from all angles during focus and up to 6 feet (2 meters) from panels.

Other basic cinematic features include zero-latency camera tracking, shooting up to 8k resolution at 120 fpsintegrated virtual and physical DMX lighting desk for creative lighting and color management as well as built-in camera focus pullallowing DPs to adjust focal length as part of the brain-bar system. 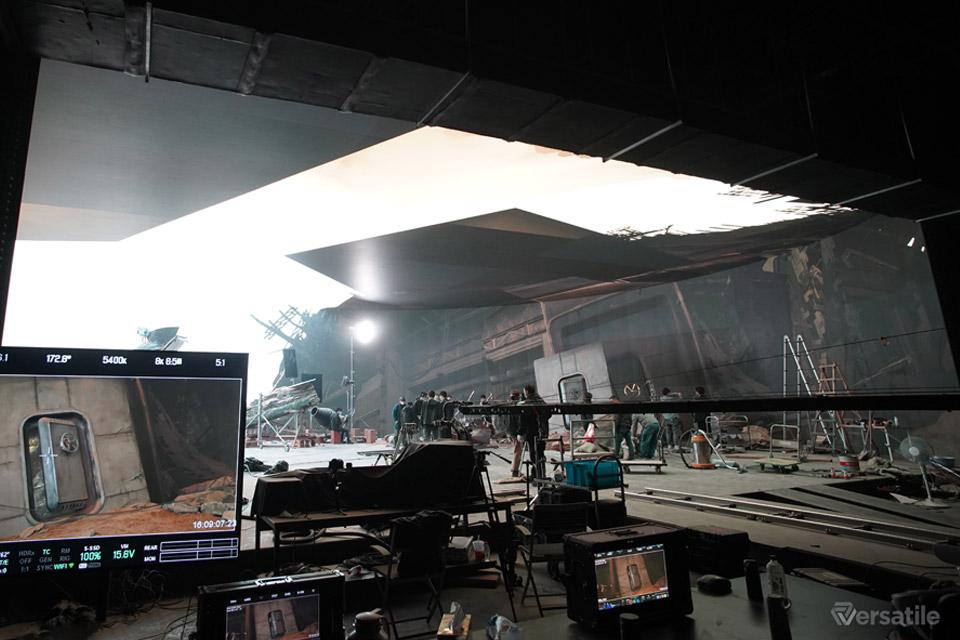 “After developing the technology, we realized how much it could empower filmmakers around the world,” Lee said. “Cinema is a collaborative art. Internationalization is about enabling top talent from around the world to work together to create better end products. We’re breaking down barriers between animation and live-action workflows so talented artists from both industries can cross paths and participate, to create more potential for storytelling. I look forward to seeing exciting creative work produced in our Vancouver studios and to seeing our global industry embrace new cinematic techniques.

The building complex is being developed by Beedie, Western Canada’s largest industrial developer and private property manager, to be completed by the end of 2022 and ready for productions by early 2023. Founded in 1954 , Beedie has traditionally specialized in the development of industrial-art business parks and bespoke facilities with customized spaces for domestic and international companies to meet the present and future building requirements of its clients. .

In addition to the Vancouver stages, Versatile’s global initiatives will also see the construction of a 12-acre cinema base at Hangzhou where, among other facilities, five LED volumes will be built – in addition to their two existing LED scenes, as well as capture and view scenes.

As a filmmaker who has worked in the entertainment and advertising industry for over 30 years, CEO/Founder Lee has held many positions, from CG artist to cameraman, director and screenwriter, bringing his experience varied in the design of Versatile’s technology. Today, the company’s goals are to contribute to the ongoing technological transformation, to empower filmmakers around the world and to offer audiences completely new experiences.

Versatile Media Ltd. is a global media company founded in 1993. The company has over 450 creative and technical artists and R&D personnel, worldwide. 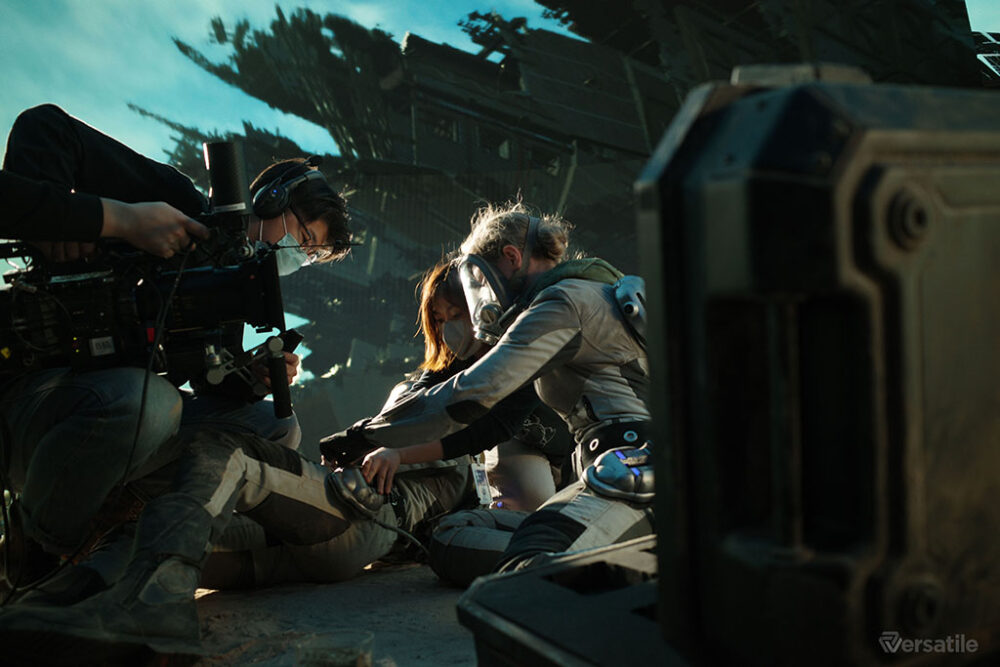 Behind the scenes of a versatile LED stage decor

Continued confidence in BC’s game development talent and a continued pipeline of projects on the horizon prompted SkyBox Labs to undertake a major expansion of the studio’s offices across three locations. The BC-based company recently opened a 20,000 square foot space in the Solo District offices at 2025 Willingdon Avenue, located next to the SkyTrain […]

New Jersey, United States – the anime market is the ultimate tool to help industries, businesses and organizations make informed decisions for their business growth. With the help of market tactics and strategies covered here, it becomes easy for trading players to maintain their position in the market. Market research plays an important role in […]

Beaufort, South Carolina A Japan-based company that develops flying cars – yes, flying cars – has set up a temporary office in Beaufort as it explores entering the US market. SkyDrive, backed by venture capital from some of Japan’s biggest brands, is just one of many international companies to experience Beautiful Beaufort by the Sea, […]